Ever wondered what goes on behind the scenes in our workshop? Want to know more about exciting media appearances or be first to hear about new product lines?

From our bespoke builds & restorations, TV appearances, magazine articles, summer show calendar and more, this is where to get the inside track on all things Dormobile. 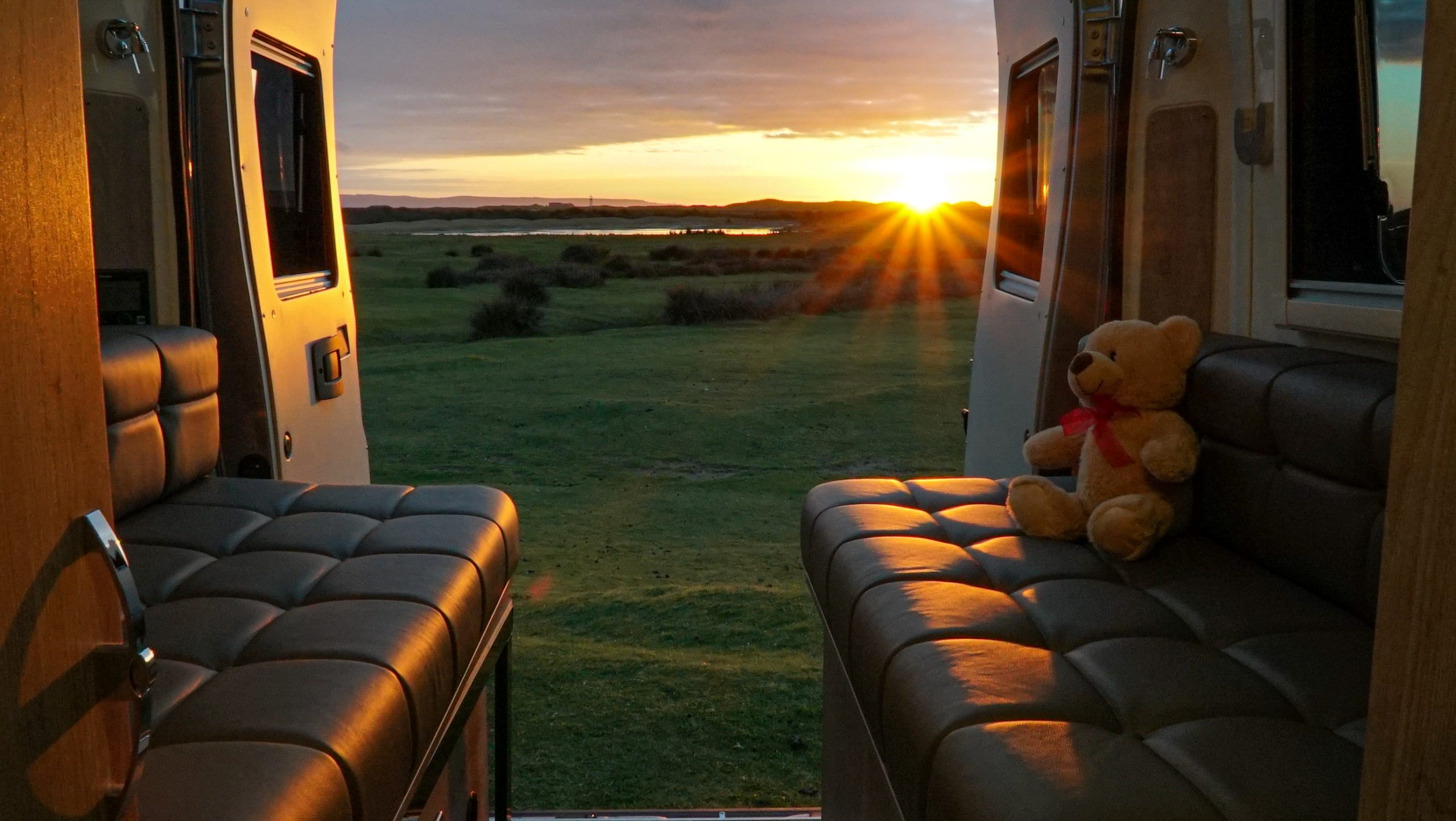 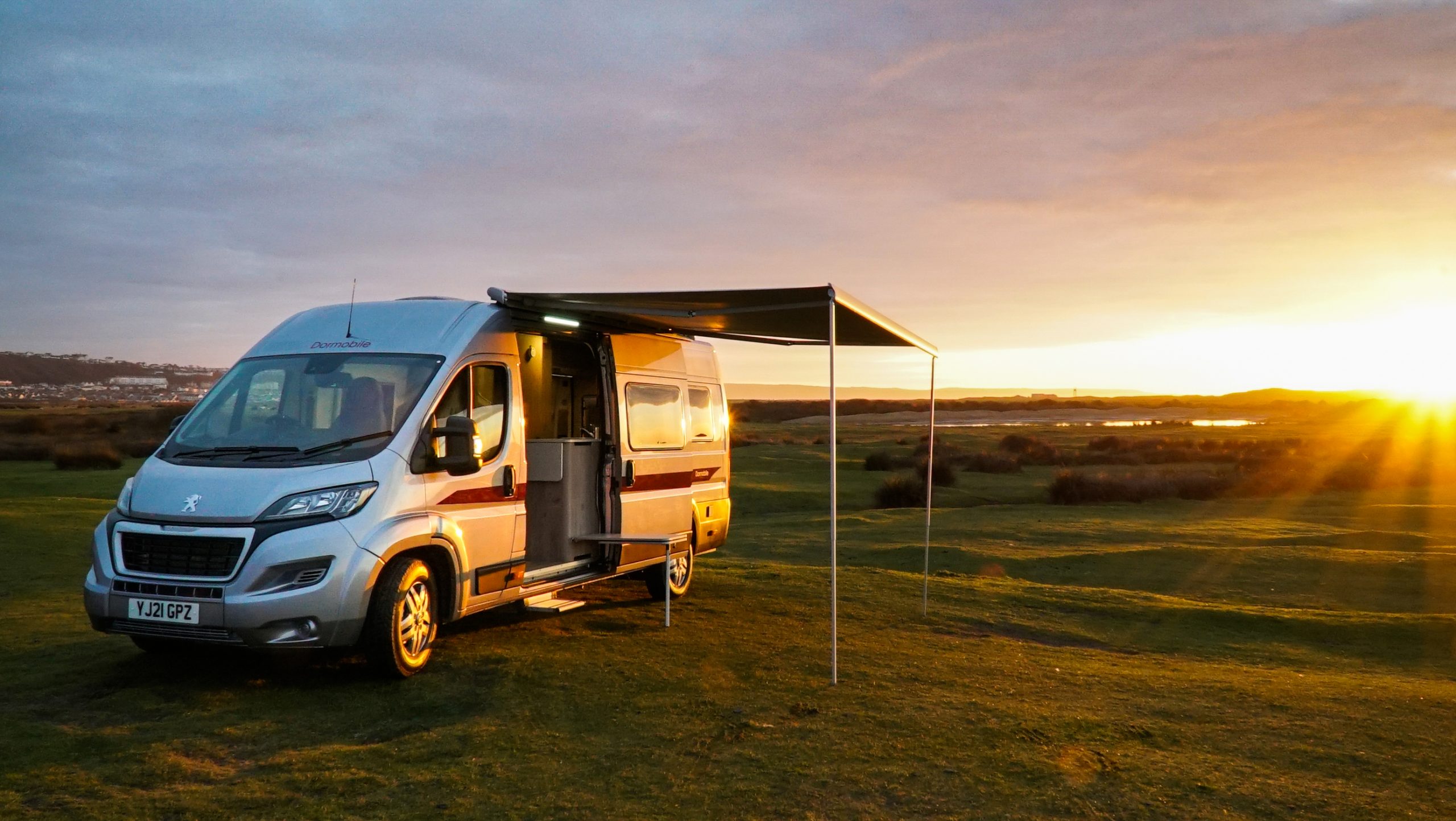 A guide on how to make your campervan homely 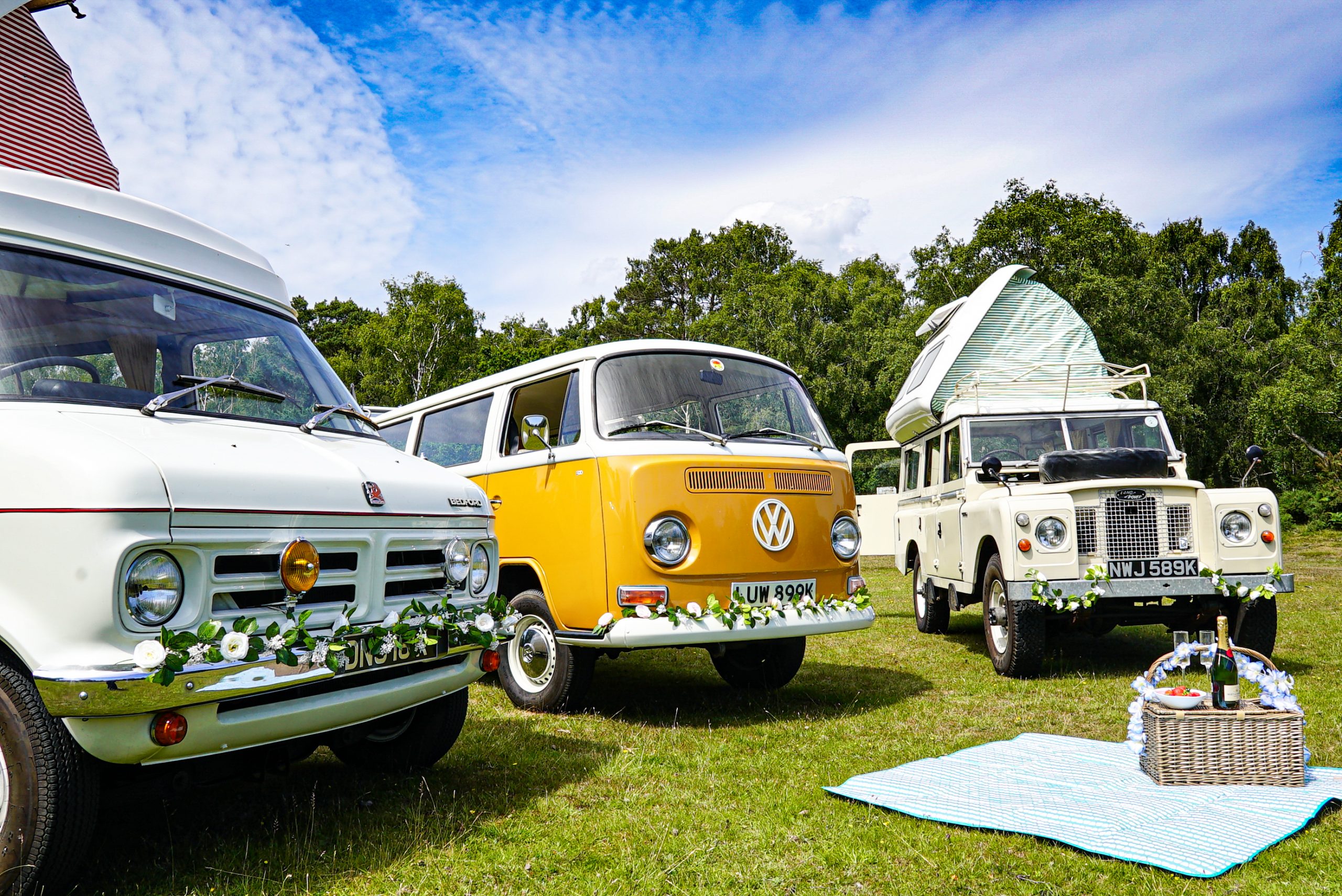 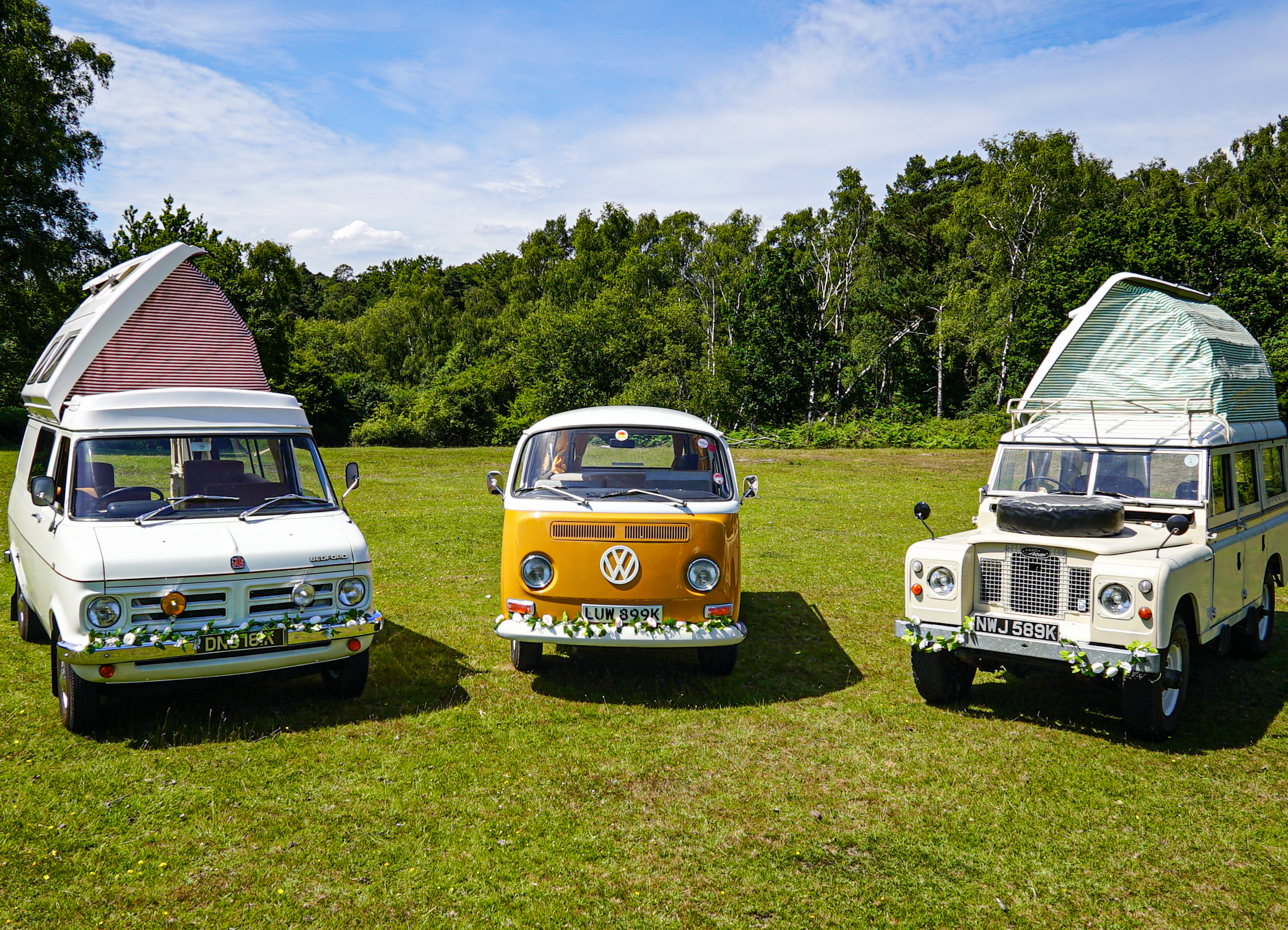 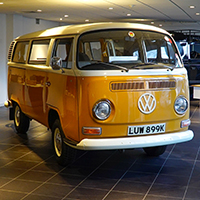 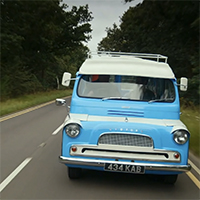 A guide on how to make your campervan homely

After a long day of travelling or sightseeing there is nothing better than jumping into a nice comfy bed. So we have decided to tell you, how we like to make our campervan bed comfy after a long day.

First, we always suggest to put a mattress topper over the cushions that form the bed to give it that extra comfort and homely feel. You don’t have to have an expensive one either. You can get one for less than £20 from Amazon!

Now, many people use a sleeping bag when they go out in their campervan but for that luxury feel, why not invest in a 4 or 7 tog duvet that can be kept in the under bed storage. By having a thinner duvet they are easier to store in the campervan and take up less room. Pillows are a must, and they can be kept under the bed too! Why do we recommend a thinner duvet when camping? Well it is not just because of the space saving, but also because all our campers come with night heaters. These work off diesel, LPG or mains electric – depending on the model. 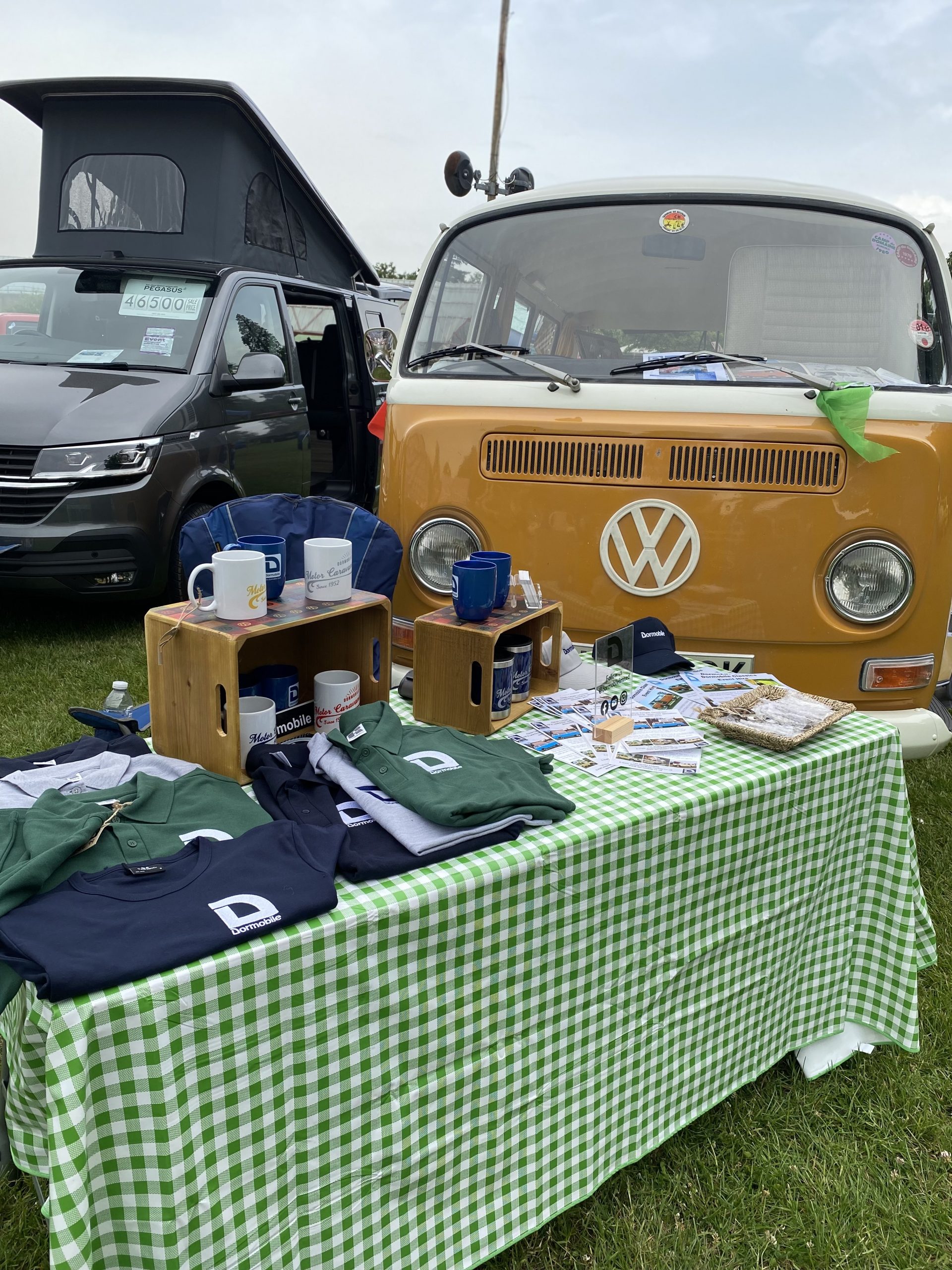 This June we have attended the Brockenhurst Motorhome and Campervan Show which took place over the Platinum Jubilee weekend. We were able to take the majority of our fleet to this show which made our forecourt look like our vehicles had been stolen!

Last weekend, we took on Simply VW which was held at the National Motor Museum at Beaulieu. We took our VW Bay D4/6 (LuLu) and the VW T6. At this show we got to see other peoples VW Bays too. Two of them were Dormobiles which was fantastic to see, including one which had been through our workshop for a replacement canopy. It was a great day out for VW lovers and aspiring owners alike.

This was our first event where we were able to advertise our Event Hire for our Classic fleet with LuLu on show! We had lots of interest in the event hire, so if you are looking for a classic vehicle for your event, then drop us a line to make sure you get your date before it is too late. 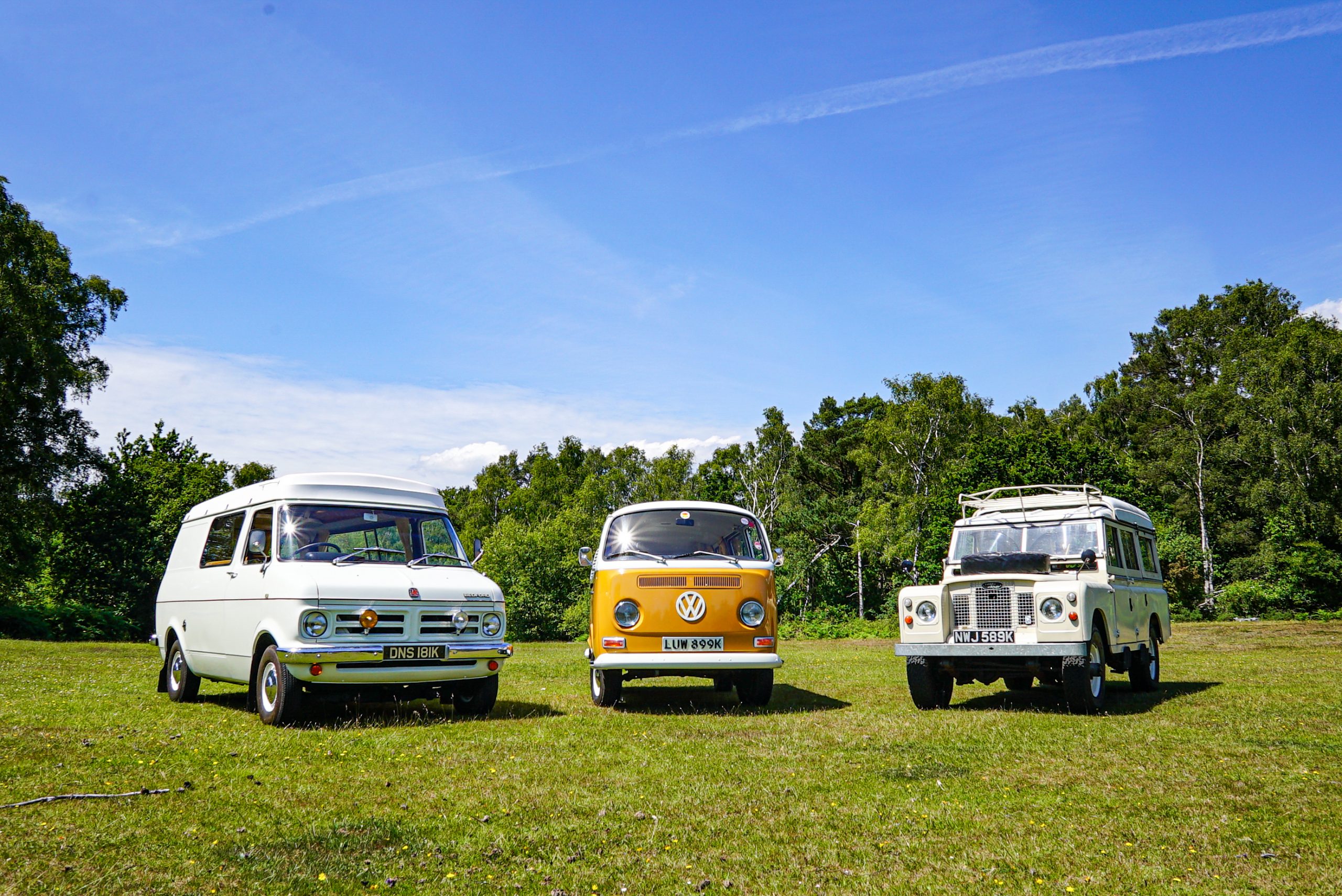 Our VW Bay is the perfect transport for a wedding, prom or as a focal point for your corporate event.

When hiring for a wedding, the bus will be decorated with faux flowers that match the colourings of the vehicle. You are welcome to add you own decorations and extras to give it that personal touch.

We have a chauffer available to drive you to and from your wedding ceremony, prom or specific destination that you have in mind. Relax and enjoy the experience of being in a totally unique 1972 classic VW.

Furthermore, why not add champagne or non-alcoholic fizz  and a stop off en-route to calm the nerves and enjoy a little space. 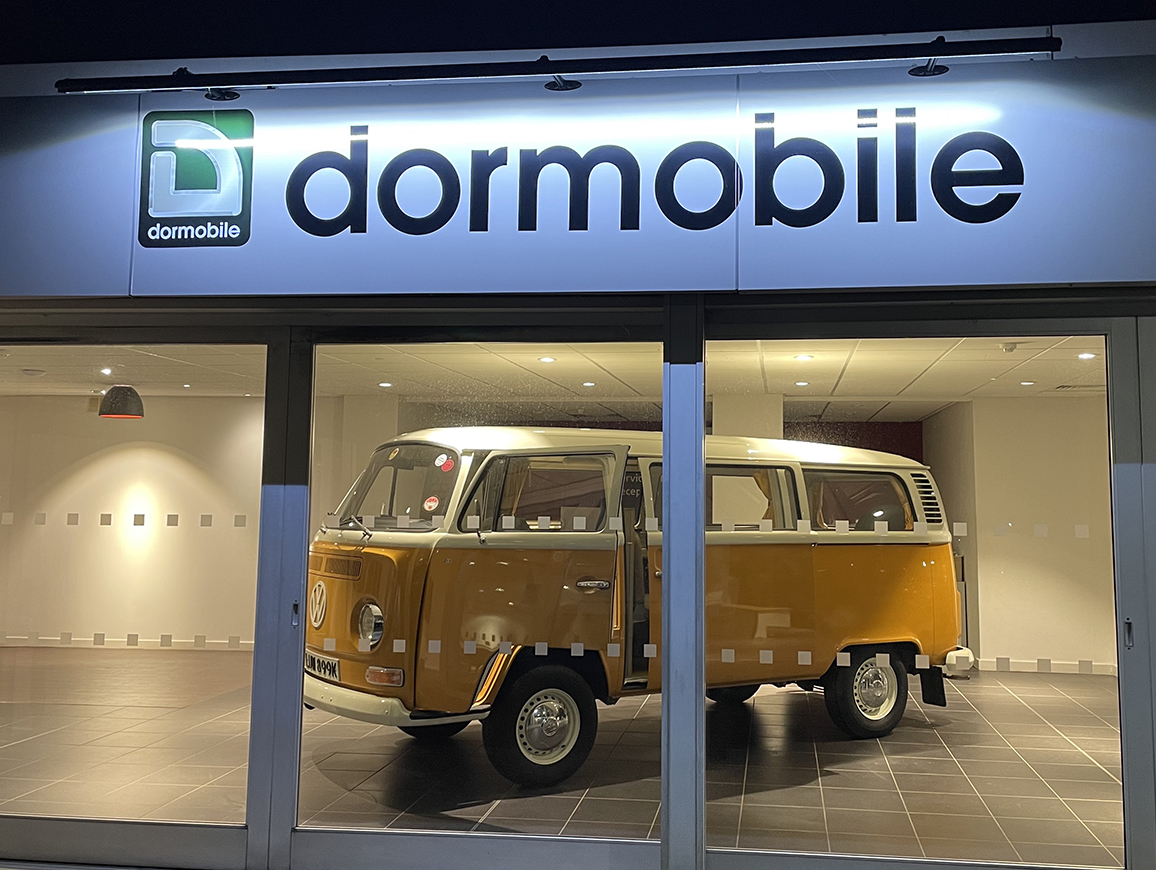 LUW899K is a genuine one owner from new car with “none” listed under previous owners on the V5 document. The car was purchased new by Mr. Frederick Wright from Balgores Motors, Volkswagen and Mercedes specialist in Romford, Essex on 27th May 1972. The original bill of sale, present and pristine, shows that he ordered the car with number plates, delivery to his home just a mile away, where it resided for the next 47 years. Careful maintenance and care over nearly 5 decades is evident with, road tax, mudflaps, factory under seal, and gas and regulator for the 2-burner hob behind the passenger seat all completely intact. The exceptional preservation of this wonderfully original Type 2 Volkswagen Dormobile owes to the fact it was stored in a bone-dry garage for much of its life. Apparently Mr. Wright would never drive the car in the rain and the vehicle remained in the garage during the winter months to avoid salted roads. The van was primarily used to travel down to the south coast of France during summertime where Frederick and his wife, with their niece and nephew, visited various camp sites; a favourite being Camp du Domaine close to Toulon Airport. The car still displays several different French campsite stickers from the 70s and 80s. If you care to rummage under the seats, you will find a baguette carrier bag, a time zone calculator and some ferry crossing times from Le Lavandou. The van spent many happy summers in the south of France completing 1700-mile round trips from when it was new until 2001 when it was parked in the garage due to Mr. Wright’s ill health. The van remained virtually unused, only being driven to the MOT centre and back for close to 20 years before Mr. Wright sadly passed away. 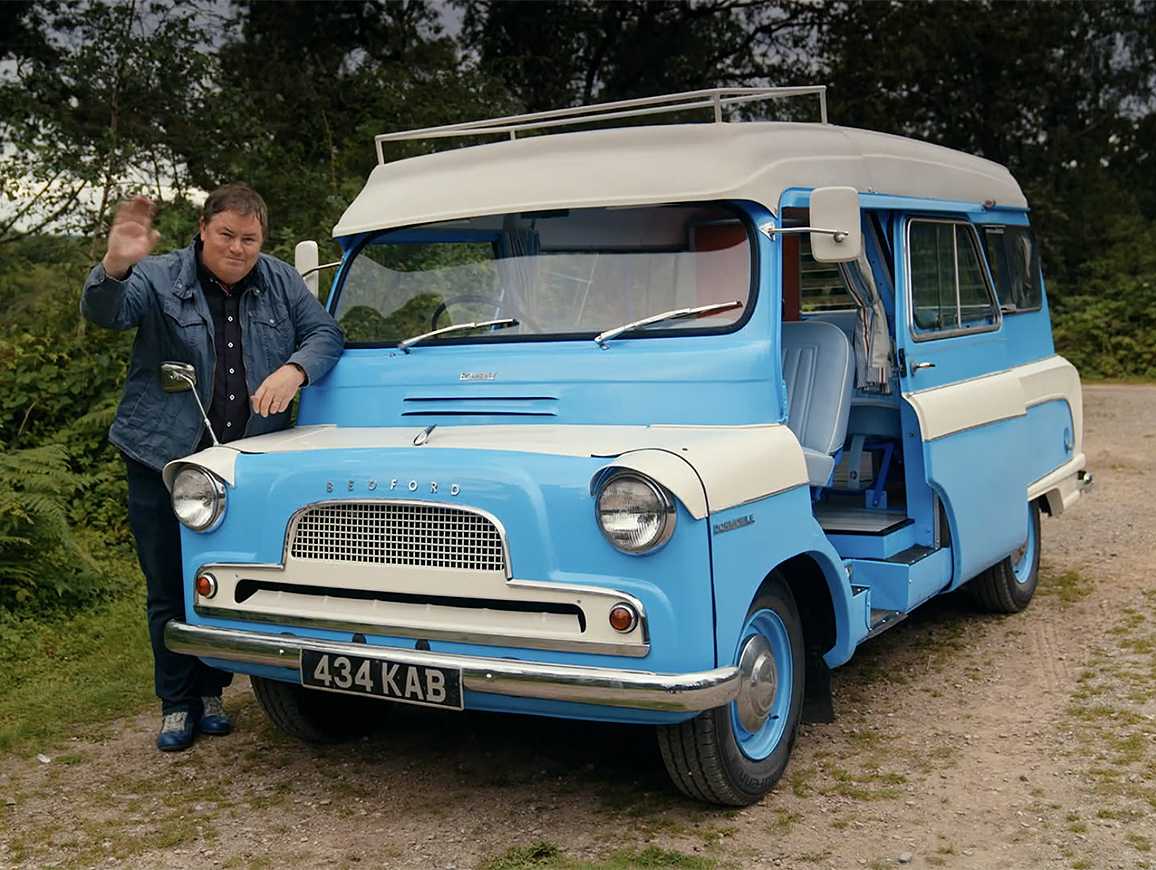 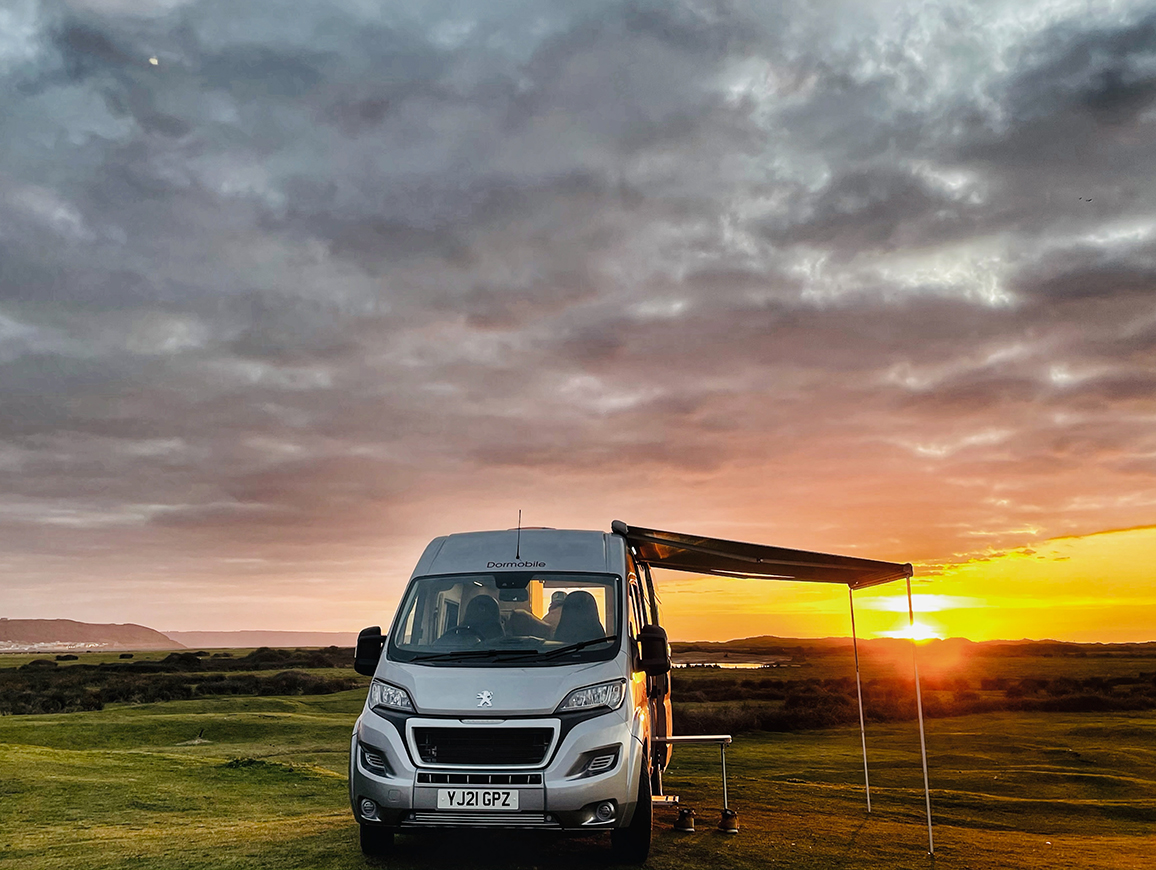 Yes, it’s been a pretty big year for all of us at Dormobile Ltd.

Not only did we move into our new premises in Lyndhurst, New Forest (with all the trials and tribulations that these strange times present), but we have also been extremely busy producing a brand-new batch of campervans.

This summer, a fleet of European type approved Peugeot Boxer camper vans and Ford Transit custom campers have hit the roads. Timed to meet demand of a booming staycation market, we are absolutely thrilled to see the Dormobile name emblazoned on new vehicles once again.

When we started this journey not so long ago, the production of new high-end campervans and day vans was central to our plans. The classic Dormobile is our foundation of course, but how exciting is a brand new fleet of Dormobile motor caravans? We thought VERY, so got straight to work.

Year one has gone really well, but like every road, there have been potholes, closures and diversions.

Supply at these unprecedented times has been the biggest challenge, as vehicle manufacturers closed their production lines temporarily (due to high-demand microchips being hoovered up elsewhere as the world spent BIG on home entertainment) , while camper-component manufacturers struggled with increased global demand. 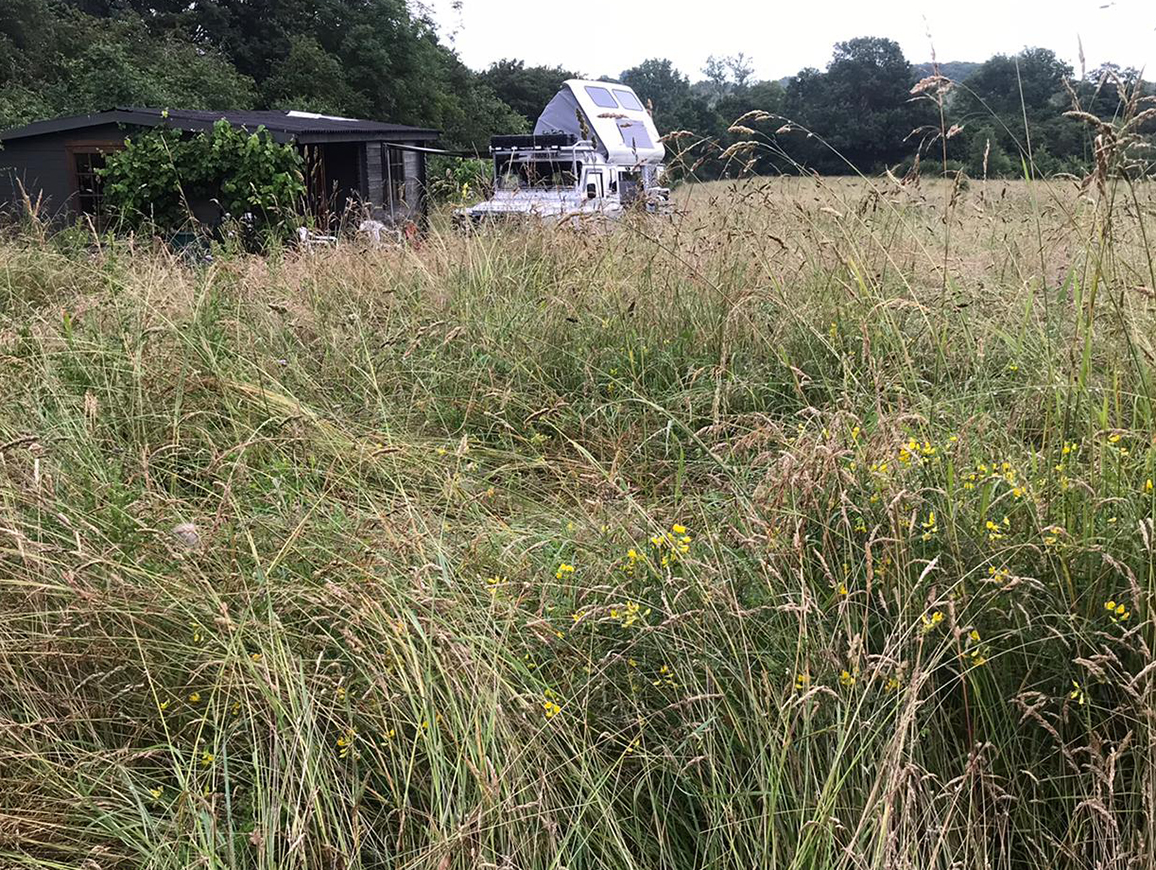 The exterior pointed to a past life as an ex-commercial utility vehicle. Those stand-out roller shutters used to provide easy access to tools while some poor soul was freezing to death halfway up a mountain somewhere, fixing telegraph poles (or something).

But the tatty roof tent on the aluminium roof rack gave clues to its more recent history.

This was already an adventure vehicle…a much loved and well used one.

When we opened up the rear door, the reality of the task in hand hit home. It was jam-packed with camping gear, shoddy electrics, torn upholstery and scuffed and scraped on every single surface.